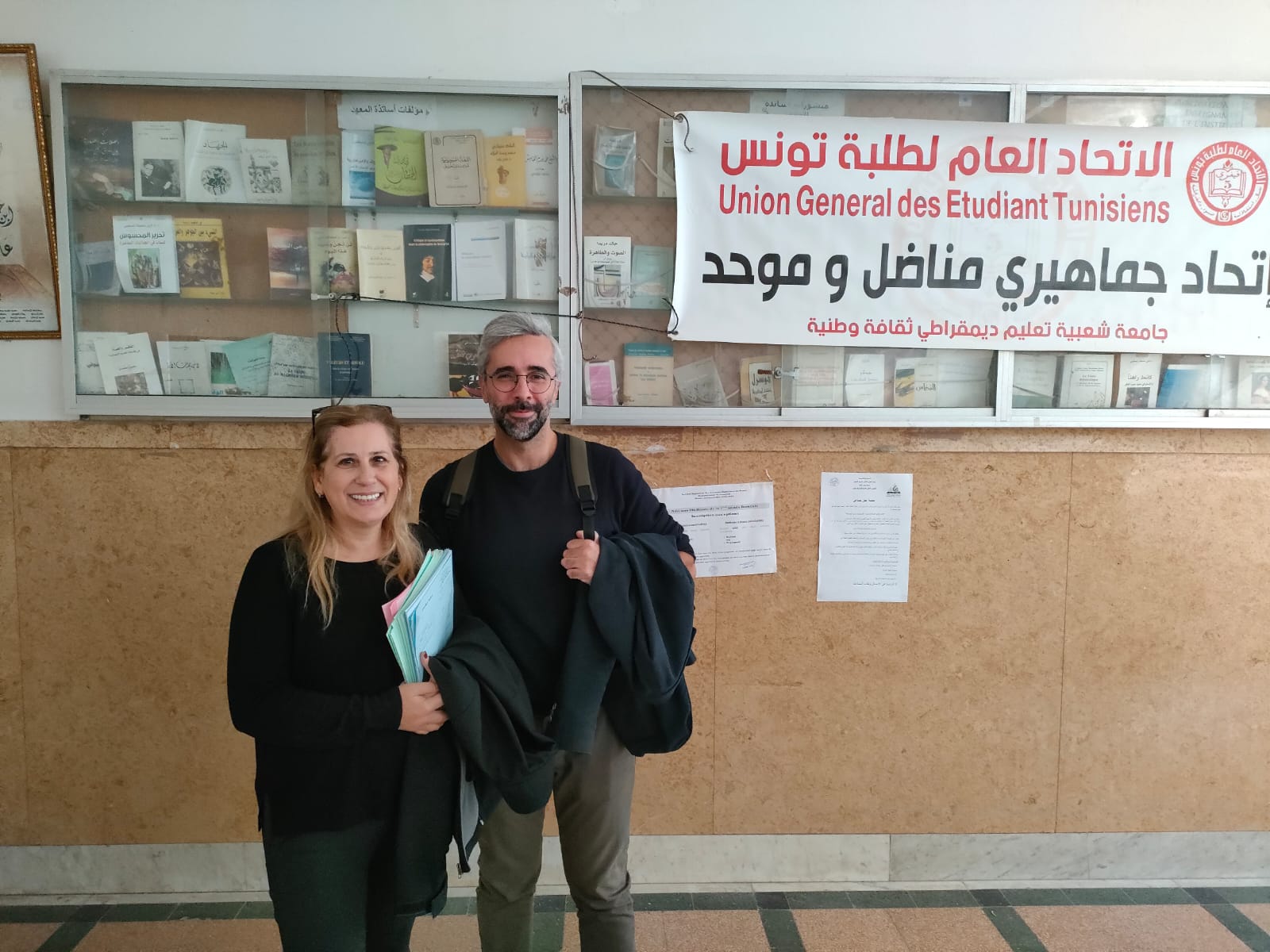 Students from the second year had an interesting class with Professor Riccardo Ercole Omodei from University of Palermo about Transnational Actors and Migration with professor Asma Nouira from University of Tunis El Manar. According to the student Emna Guerbaa, the lecture was very interactive and the lecturer was responsive to our questions and it was interesting to scrutinise through the legal framework of European criminal law and how it treats migrants.

“I enjoyed his kind of court simulation while challenging us to give legal solutions. I was very nostalgic as a public Law jurist. He spoke about criminal and international maritime Law, crimmigration and some events in these matters, absolutely worth it!”, said Amina Semaoui, a second year student.

“The two lessons we had with Professor Lavezzi and Professor Riccardo Ercole were very instructive and illuminating. I really liked how both of them tackled the same phenomenons but from different points of view: Prof. Lavezzi addressed human trafficking and human smuggling from and economic dimension and professor Riccardo tackled these two issues from a criminal law point of view. I learned thanks to professor Lavezzi that economics allows us to quantify and measure different phenomenons (even diversity) and this is a tool to debunk stereotypes and misconceptions around migration. With Professor Riccardo, I enjoyed his Interactive method of teaching. Also, the two sessions were very smooth and informative as he provided us with the two main theoretical/legislative frameworks of the UN and the EU on human smuggling and then he illustrated it with a fruitful discussion on a case study that is “Sea-Watch Case”, stated Lina Azaiez.